As reported by foxnews.com –

The Golden Globes became the latest major awards show to have its 2021 ceremony postponed amid the ongoing coronavirus pandemic.

As major Hollywood productions, movie theaters and other businesses shutter their doors in light of restrictions on large, indoor public gatherings, many awards shows have had to rethink their massive Los Angeles events in 2020.

On Monday, the Hollywood Foreign Press Association, which produces the Golden Globes, announced that it will be celebrating the accomplishments of people in film and TV a little later than expected. The 78th annual Golden Globes will now debut on Sunday, Feb. 28, 2021.

“We are excited to announce the 78th annual Golden Globe® Awards will take place on Sunday, February 28, 2021,” the organization tweeted Monday. “The ceremony will air live coast to coast 5-8 p.m. PT/8-11 p.m. ET on NBC from The Beverly Hilton in Beverly Hills, California.”

As Variety notes, this postpones the show roughly two months from its usual air date. Typically, the Golden Globes air on the first Sunday of the calendar year as a sort of unofficial kickoff to the Hollywood Awards season. Fortunately, the Globes’ new date doesn’t prevent it from acting as the usual influencer for the Oscars.

Last week, the Academy of Motion Picture Arts and Sciences and ABC announced that the 93rd Academy Awards will now be held on April 25, 2021, eight weeks later than originally planned but still well after the Golden Globes. The Academy’s Board of Governors also decided to extend the eligibility window beyond the calendar year to Feb. 28, 2021, for feature films, and delay the opening of the Academy Museum of Motion Pictures from December until April 30, 2021.

Meanwhile, the Emmy Awards announced late-night host Jimmy Kimmel as the host for the 72nd ceremony, which is still poised to take place in September of this year.

“I don’t’ know where or how or even why we are doing this, but we are and I am hosting it!” Kimmel tweeted at the time of his announcement.

Earlier this year, the Hollywood Foreign Press Association announced that comedians Amy Poehler and Tina Fey will host the 2021 show after a controversial performance by Ricky Gervais last year.

As reported by cbs.com –

The brand behind the popular Eskimo Pie ice cream announced Friday that it will change the product’s brand and marketing after nearly 100 years. It’s just the latest in a slew of companies to announce they are changing or reviewing brand imagery as they attempt to grapple with racist histories amid global protests against racial injustice.

“We have been reviewing our Eskimo Pie business for some time and will be changing the brand name and marketing,” Elizabell Marquez, head of marketing, Dreyer’s Grand Ice Cream, told CBS News. “We are committed to being a part of the solution on racial equality, and recognize the term is derogatory.”

Marquez said the rebrand is part of a larger company review to ensure products reflect its values.

The chocolate-covered vanilla ice cream bar got its name from the indigenous people of the Arctic regions, including northern Canada, Alaska, Greenland and Siberia. The ice cream’s packaging features a young boy dressed for snowy weather.

Dreyer’s Grand, a U.S. subsidiary of Froneri, follows in the footsteps of several major brands announcing product changes or reviews this week. Following an announcement from Quaker Oats that it will rebrand Aunt Jemima, the companies that make Uncle Ben’s, Mrs. Butterworth’s and Cream of Wheat announced reviews of their products’ branding.

I have a lot of respect for my friend and his fiance. Proud of them both and in full support of them. They move with Jehovah’s spirit and put they’re full trust in him. With that type of love and understanding they will always stay strong together and make it through any problems presented to them.

Not much to say in this one LOL. Just left a mixing session for a new movie that will be coming your way soon. I can’t say much but I can tell you it’s a thriller. I hope you love it. Keep checking back here for more information. You know I like to keep you in the loop. ?

I’m so extremely proud of my daughter. She’s always been my little twin but for so long she was just my little girl. Now seeing her as a wife and a mom, I’m proud to call her my friend. She’s such an awesome human being. She recently premiered her new show Howard High (which I directed lol) and I’ve had the pleasure to get to see her do all her interviews for her part in the show. It makes me so proud to see how she handles herself and stays so humbled. I may have just raised her right lol. All jokes aside I’m very proud of my Best Friend.

Check her out here in Orange Magazine

And here she is on Diva Gals Daily

The last few weeks have been nothing short of interesting. We find ourselves in a time that truly restricts our daily way of life. Sitting in the house for as long as I have and knowing we have #30moredays has been enlightening. I’ve realized that it’s time to focus on the things that are truly important in my life. In saying that, I challenge all of you to do the same. Live your life for the things that truly matter. There was a time when a situation like this was unimaginable. Now it’s a reality. So tell those that matter to you that you love them, check in on the people that cross your mind and focus on the things that make you happy! If we can take away one lesson from this time in our lives is that things truly can change in an instant! Peace and love to everyone out there! Stay healthy and stay safe. 🙂

Happy Friday guys!!! I know it’s a crazy time for all of us. We’re in a time that is unprecedented and many of us don’t know how to react or to cope. So with that I wanted to check in with you guys to make sure that you’re all staying safe and healthy. It’s important to obey the laws that are being given in whatever city you’re currently in and stay inside. The quickest way for us to get back to what we’re used to is to follow these governmental directions. Take this time and put a positive spin on it. Use your time to do things that you maybe typically would have the “time” to do. Remember every dark cloud has a silver lining. Enjoy your weekend and again stay safe!!!

A package arrived at LAX from the United Kingdom and was labeled “Purified Water Vials,” according to a CBP news release.

Officers were examining the package Thursday when they found six plastic bags containing vials filled with a white liquid and labeled “Corona Virus 2019nconv (COVID-19)” and “Virus1 Test Kit” inside.

CBP director of field operations in L.A. Carlos Martel said it was a “significant interception, at a time when the U.S. is in the midst of a National Emergency.”

Authorities did not provide information on where the vials were headed.

The shipment was turned over to the U.S. Food and Drug Administration for analysis.

Testing for the novel coronavirus can only be conducted at verified laboratories across the United States and the kits would not be available for purchase online or at brick and mortar shops.

The Centers for Disease Control and Prevention provide COVID-19 test kits to public health laboratories across the country and the FDA provides them to commercial labs, according to the CDC.

“The American public should be aware of bogus home testing kits for sale either online or in informal direct to consumer settings,” CBP said in the news release.

The officials promised to crack down on scams and close down fraudulent businesses. 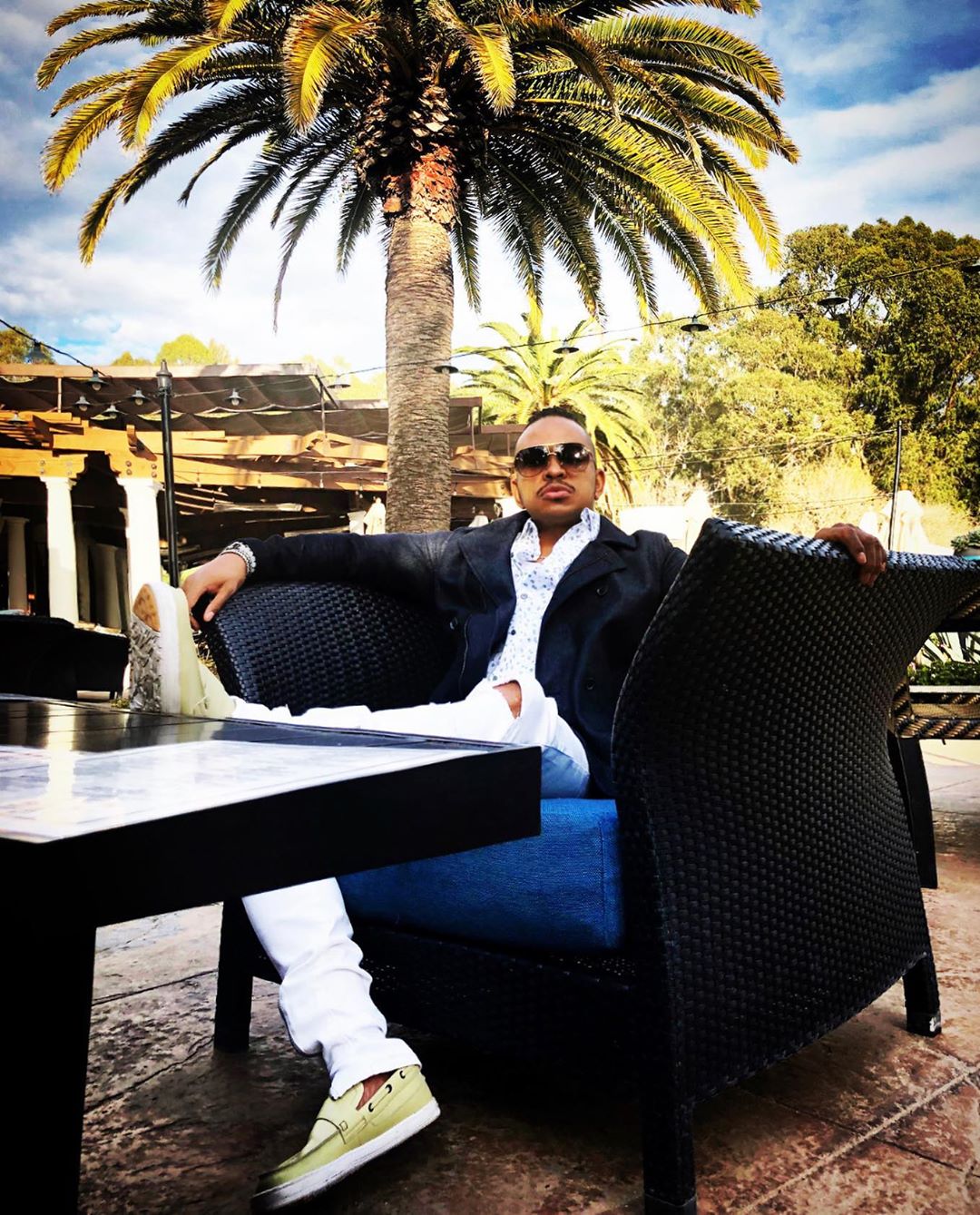 Ok…so I had soooo much fun this past weekend I had to share one more photo from my wonderful weekend. It’s a wonderful time to be aware of the things that you have going on and value in your life. Truly enjoy the rest of your week good people.

For information or ad buys
email the admin
Do NOT follow this link or you will be banned from the site!