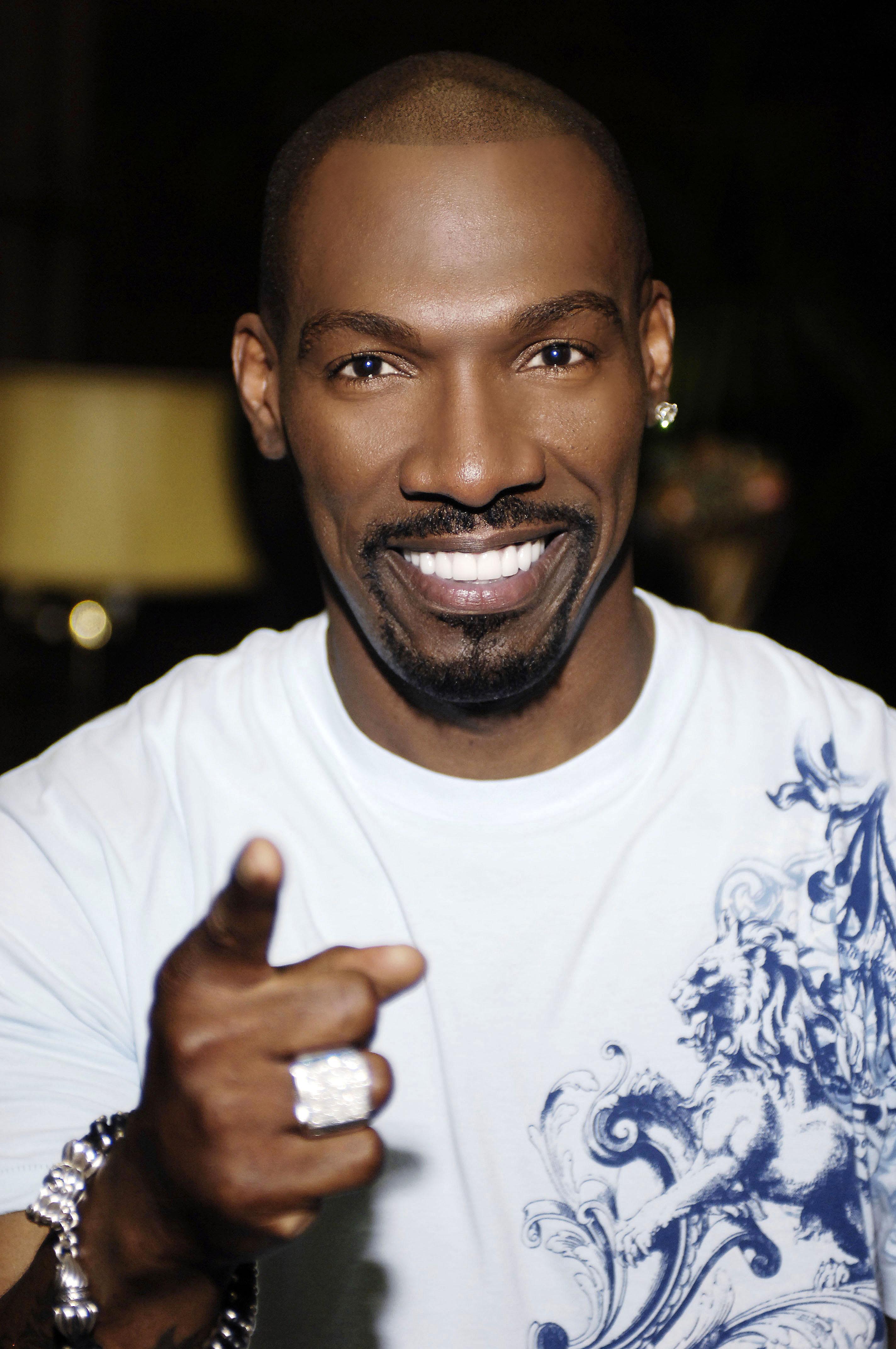 Comedian Charlie Murphy died at 57 after losing his battle with leukemia, TMZ reported.

Murphy died in a New York City hospital on Wednesday morning, according to TMZ. Murphy co-starred on the “Chappelle’s Show” and is the older brother of Eddie Murphy.

Murphy was credited in a number of different movies and TV shows, including roles on “Night at the Museum” and “Norbit” along with TV series “Black Jesus” and “Power.”

In addition to playing several acting roles and serving as a comedian, Murphy also got several writing credits, according to IMDB.com.

As news of Murphy’s death broke on Tuesday, fellow comedians and others in show business took to Twitter to mourn the loss of their colleague and friend. The 53-year-old, who was set to release a documentary in 2017, rose to fame as a member of Wham!, known for their hits Club Tropicana and Last Christmas. He had a highly successful solo career which included the songs Careless Whisper, Faith, Outside and Freedom! ’90.

Michael – who was born Georgios Kyriacos Panayiotou – had 11 UK number ones and sold more than 100 million albums throughout a career spanning almost four decades. His most recent album, Symphonica, was released in 2014.

Thames Valley police told the BBC an ambulance attended the house in Goring, Oxfordshire, at 1.42pm.They said the death was being treated as “unexplained but not suspicious” and they would not comment further until after a postmortem.

In a statement, the star’s publicist said: “It is with great sadness that we can confirm our beloved son, brother and friend George passed away peacefully at home over the Christmas period.

“The family would ask that their privacy be respected at this difficult and emotional time. There will be no further comment at this stage.”

Michael’s manager Michael Lippman said he died from heart failure and was found “in bed, lying peacefully.” His publicist Cindi Berger said he had not been ill.

On Twitter, Andrew Ridgeley, Michael’s partner in Wham!, said he was “heartbroken at the loss of my beloved friend”.

New video from Beyonce “All Night”. Beyonce loves to surprise us with new music and videos. Keep doing what you doing Beyonce!

Kanye West has always been something of a provocateur and a nihilist, and is staunchly anti-political correctness.

Last night he stirred a maybe unprecedented level of controversy, however, declaring at a Saint Pablo Tour show in San Jose: “I would have voted on Trump”.

“This is my platform and I’m going to talk about the paradigm shift that’s happening right now,” he said at the top of a 40-minute political speech that came at the cost of several songs.

It’s hard to ascertain exactly the point he was trying to make as we only have tweets and videos from attendees, not a transcript, to go off, but it sounds as though he was mostly praising the disruptive nature of Trump’s campaign, which ‘inspired racists to reveal themselves’.

“Whether you voted for Hillary or Trump, this is a safe space for both of you,” he told the audience, asking any Trump voters to make themselves known. He also reiterated his desire to run for president in 2020, saying his focus would be on education and that his campaign would use a different political model.

“Stop focusing on racism,” he added, declaring sombrely: “We are in a racist country – period.” His stance stands in stark contrast to 2005 Kanye, who famously declared that “George Bush doesn’t care about black people” in the wake of the devestating Hurricane Katrina.

Kanye was apparently happy when one woman screamed that she loved him in spite of his appreciation of Trump’s campaign, but there was also a lot of booing, stunned silence and even a few projectiles – one of which was a Yeezy shoe, which Kanye promptly signed and returned to the thrower. Kim Kardashian West was robbed of millions of dollars worth of jewelry while visiting Paris on Sunday night, according to a judicial source and reports.

A second source with knowledge of security at the private mansion where the reality TV star was staying told NBC News that she was tied up during the incident and that a wedding ring was among the valuables taken.

Kardashian West’s spokeswoman said that she was left “badly shaken but physically unharmed” after being held at gunpoint by two armed, masked men.

The culprits escaped with a ring worth about $4.5 million and a jewelry box containing other items worth $5.6 million, the judicial source said. The Associated Press also cited a Paris police official as confirming that account.

An authoritative source with knowledge of the hotel’s security said an overnight watchman was on duty when he was overcome by armed men. They took the key to where Kardashian West was staying and ran around the building trying to find the correct apartment.

Once inside, the source said, the men tied her up and put her in the bathroom. The source added that the robbers seemed to have known that security was light on Sunday night, triggering speculation it may have been an inside job.

We will keep you informed as more develops. Happy that Kim is OK. A source inside Sunrise Hospital in Las Vegas tells us that “drugs were found in his system,” and doctors are treating the situation as an “overdose.” Lamar remains unconscious and on a ventilator but is still alive. It also appears that the former Los Angeles Lakers player suffered from a “loss of oxygen but also possible stroke.”

“So, likely there’s brain damage, but they’re not sure how much,” the source adds. “Virtually every drug imaginable was found in his system.”

Lamar appears to have suffered an “ischemic stroke,” which is caused by a blood clot preventing blood flow to the brain. This type of stroke is often associated with a cocaine overdose, among other drugs. Our source adds that Lamar “had been partying since Friday.”

“He was doing crack cocaine all weekend and he choked on his mucous,” the insider explains. “They’re now having to fix all the damage it has done.”

Although doctors are treating Lamar’s situation as an overdose, it doesn’t appear to be a suicide attempt. More likely, the insider explains, it was an accidental overdose. “The long term effects of his drug use have taken a toll on his body and the binge this time was too much to handle,” the source says.

Khloé Kardashian’s ex-husband was discovered unconscious at 3:30 p.m. Tuesday at the Bunny Love Ranch and rushed to a local hospital before being transferred. Kris Jennerwas spotted outside of Sunrise Hospital early this morning, where Khloé remains inside with Lamar. Another source told us that Khloé has been “completely inconsolable and heartbroken” since the news broke, adding that she had been “worried about Lamar for a very long time” despite cutting off contact with him over the summer.

His former teammates have turned to social media to show their support and Kendall Jenner has also tweeted for Lamar, writing, “Please don’t go.”

Mychal Thompson, former Laker, father of NBA star Klay Thompson and current Lakers broadcaster, also told E! News exclusively that the team is keeping Lamar in their thoughts at all times. “We are all currently praying for Lamar and wish him the best,” he said.

*As reported by E! Online* Drake has fired another salvo in his feud with Meek Mill after that rapper called Drake’s “Charged Up” diss track “baby lotion soft.” Three days later, Drake has responded again with “Back to Back Freestyle,” and there’s nothing soft or vague about this diss track as the Toronto rapper lays into Meek Mill.

The cruelest barbs in “Back to Back Freestyle” come when Drake attempts to emasculate Meek Mill for serving as opening act for his girlfriend Nicki Minaj’s Pinkprint Tour. “You love her then you gotta give the world to her / Is that a world tour or your girl’s tour?/ I know that you gotta be a thug for her / This ain’t what she meant when she told you to open up more,” Drake says. (Incidentally, Meek Mill showed up 90 minutes late and was promptly booed when the Pinkprint Tour hit Drake’s native Toronto Tuesday night.)

Drake then takes aim at Meek Mill’s decision to beef through social media. “Trigger fingers turn to Twitter fingers,” Drake raps. “You’re getting bodied by a singing nigga.” Drake then warns all his “boss bitches” – but likely Minaj especially – “make sure you hit him with a pre-nup.”

The feud between Drake and Meek Mill stems from Mill’s accusations that Drake employed a ghostwriter for his guest verse on “R.I.C.O.,” a track off Meek Mill’s new album Dreams Worth More Than Money. An Atlanta rapper named Quentin Miller was then identified as Drake’s ghostwriter, though Miller and Drake’s producer Noah “40” Shebib denied the ghostwriting allegations.

“When I look back, I might be mad that I gave this attention / But it’s weighing heavy on my conscience / And fuck, you left me with no options,” Drake says on the new track. “I’m not sure what it was that made y’all mad / But I guess this is what I gotta do to make y’all rap.”

Bobbi Kristina Brown has been moved to hospice care.

“Despite the great medical care at numerous facilities, [her] condition has continued to deteriorate,” Pat Houston said Wednesday in a statement on behalf of the Houston family.

“As of today, she has been moved into hospice care. We thank everyone for their support and prayers. She is in God’s hands now.”

A Brown family source tells PEOPLE, “She’s skin and bones now. She has been losing weight, she’s been losing hair. They were taking good care of her, but she has no muscle tone at all. There has been some worry that her organs are shutting down.”

Keep up with your favorite celebs in the pages of PEOPLE Magazine by subscribing now.

The 22-year-old daughter of Bobby Brown and Whitney Houston was hospitalized in January after being found unconscious and unresponsive in a bathtub in her Atlanta townhouse. Still unresponsive after months in the hospital, Bobbi Kristina was transferred to an Atlanta-area rehab facility in March.

“Krissi is breathing, but she cannot communicate,” a source close to the Houston family told PEOPLE earlier this week.

“The family and her father are just taking things one day at a time. She’s just in God’s care and it’s whatever he decides.”

Added the source, “The heartbreak and pain we feel in seeing her that way is beyond words.”